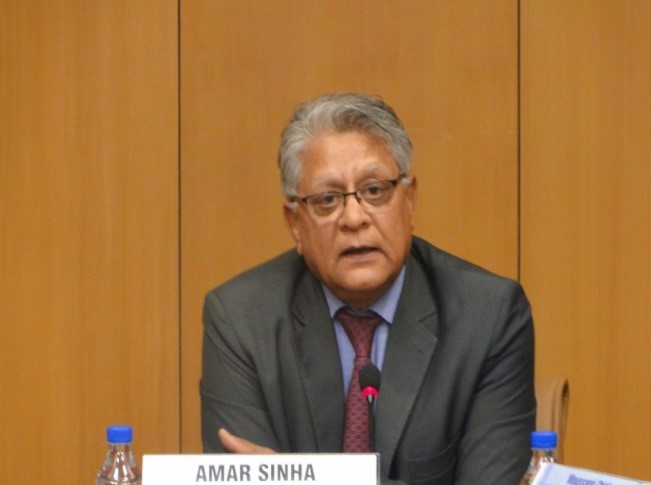 India's belief in the concept of 'Vasudhaiva Kutumbakam' (the world is one family) underlines the universal oneness and interconnectedness of human existence. Put in simple words, it translates into the practice of sharing with others all that one is endowed with. Guided by this philosophy, the Indian Prime Minister anchored India’s development approach on the principle of 'Sabka Saath, Sabka Vikas', which lays strong emphasis on inclusiveness and togetherness.

Undeniably, a nation does not have to be rich to be able to share what it has with others and setting aside what one has in surplus is far simpler than allocating meagre resources for others. India strongly believes that the rising tide of socio-economic development and growth should raise all boats together for greater peace and prosperity.

As an autonomous policy research think-tank based in New Delhi, RIS has long focussed on development partnerships and South South Cooperation. Since its inception was rooted in the philosophy of the Nonaligned Movement promoting cooperation and solidarity among developing countries, RIS has steadfastly worked to strengthen the efforts of the developing world to help each other stand on their own feet, garner their own resources, and share their comparative advantages, expertise and experiences with others. Thus, the idea of a Global Development Centre fits naturally in the evolution of RIS as a leading think tank in the development space.

The Global Development Centre at RIS aims to draw on the theoretical knowledge base of RIS and   actual development experiments in India as also some of the best development practices of other developing countries and sharing the same with its interested partners for the accelerated attainment of Sustainable Development Goals.

It is well known that India with its wide range of diversity is a veritable laboratory of development policies and programmes and many of its development challenges are common to most of the similarly placed developing countries. Therefore, the prime focus areas of GDC include Agriculture and Nutrition; Health; STI & Digital Technologies; Development Practices and New Frameworks, etc. These priority areas are geared to fully integrate women in all productive sectors through empowerment, skill up-gradation and financial inclusion. While the long term vision for GDC includes all developing countries, its initial focus builds on the shared commonalities based on geographical contiguity and also shared historical experiences.